1972 Article on Elmswell by Eric Rayner 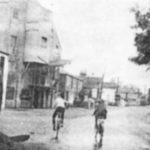 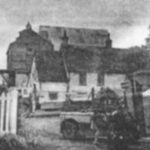 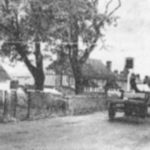 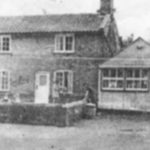 THE RURAL DISTRICT of Thedwastre – did ever a name more recall the crabbed scribble of the Conqueror’s Domesday Book than this Thedwastre? – comprises 20 parishes, 34,126 acres, and a population of something over 10,000. And Elmswell, 8½ miles from Bury St Edmunds, on the railway line from Cambridge to Ipswich, and roughly its geographical centre, is its administrative seat with a tall, handsome Georgian-style building set along Cooks Road.

That Elmswell should be an administrative centre where 24 councillors meet on the last Thursday of the month is quite unexceptionable; except that its estimated population is 1,252, and every one of its half a dozen roads is a ‘C’ one. Take one of these ‘C’ roads, Church Road for instance. On one side it has a string of modern dwellings, lawns that bend down to the road, and a row of prosperous elms. On the other side it has a field of ripening corn, and a wide expanse of Common land : 23 acres of it which the Thedwastre Rural District Council will develop, one day, as a housing estate.

There will be seven types of houses and bungalows, united by a garage, a wall, or a store, and individually oil fired from a central reservoir of oil, with 100 percent mortgages being offered and no profit accruing to the Council. Pedestrian and motor traffic will be separated. There will be an area for children to play, and there will be a few shops. In other words it will be a small replica of a shopping precinct in a new town.

Past this area of planning, first set down in 1964, are oak and holly trees, their foliage interwoven, and then you come to the church of St. John the Divine, set on a hill beside a road which delves down towards Woolpit and a landscape of fields, hills, and broken woodland.

On one side the churchyard is bounded by a row of pollarded limes, on the other by a group of firs which, because the fields beyond drop away, stand lonely against the sky. Some of the mossy old headstones are elaborately carved, the elderly lampstandards have electric light bulbs in them instead of gas mantles, and by a wicket gate is a stone preaching cross. The head, looking rather like a pigeon cote, dates only from 1904; but the 3-stepped base comes from the 14th century.

The panelled battlements of St. John’s west tower are said to be the finest in the county but, unfortunately because flints have been falling out, they have to be kept partially covered; to keep the rain out. Forty years back two of the five bells were cracked and unusable. Today their condition is unchanged and with the wooden cradle unsafe only one bell can be tolled. And that, with more important things waiting to be done, is how the matter is likely to rest for the foreseable future. Inside the church are five pointed bays, seven or eight 14th-century bench ends, a massive font of the same era, and in the chancel a tablet recalling that the Rev. Joseph Lawton was minister here for 54 years, and died on 19th March 1865, in his 90th year. Another plaque on the opposite wall indicates that he had at least six sons and two daughters, and that one of the latter, Elizabeth, was awife for nine weeks, and a widow for the rest of her life.

Aside from these oddments there is a north chapel, and in it is the polychromed effigy of Sir Robert Gardener, a chief justice of Ireland for 18 years, and not mentioned either in the Dictionary of National Biography or in Foss’s Judges. At his feet is the animal of his crest, a rhinoceros; on a lower shelf as a trophy are his arms and robes, and a little to one side is the kneeling figure of his son, William, moustachioed, in ruff and doublet and armed with a sword. Like those of his father, the reds, blues and golds of his attire have somewhat faded.

It was after his third marriage, to the widow Spring, that Sir. Robert came to Elmswell, and as ‘sometime Lord of this manor and Wolpit’ founded the almshouse which faces the church; for three ‘poore’ widows from Elmswell, and three from Woolpit.

According to the deed of 1614 four of the ladies had a room to themselves, whilst two of them shared a larger chamber. Each had a garden and a yard for wood, and each was to receive a gown ‘ready made of coarse blue cloth or stuff’ and a load of firewood per year.

Whether the present incumbents receive a gown or not I don’t know, but certainly they do not need the loads of firewood, for the sandy-coloured little house with its five doors and a sundial is not only modernised but is centrally heated.

For the most part School Road is a country lane winding between banks where bindweed, grasses, leaves, and wild flowers so intermingle that the mould beneath is invisible. First the lane goes down, and then it goes up and on the hill top stands the school, looking across a field of barley or corn to a patchwork of tilled fields and a far off horizon of hills and trees.

A village hall, sturdy, red-bricked with white painted window frames, and a sandy path, stands in a little paddock, neighbour to the school. After that comes the only two timber-framed houses in the village, the Railway Tavern, a Methodist chapel with its own tiny burial ground, a shop placarded ‘Fish and Chips’, and then a fire station with its one red, gleaming appliance locked inside.

Behind the fire station there used to be a large pond, over 100 yards long and stocked with bream and roach, but this, and another pond not far away, and the well on the west side of School Road have all been filled in: with the result, some people think, that after heavy rain Elmswell’s puddles, especially the one on School Road, are deeper.

Just past the road junction is a level crossing, a signal box, and a railway station with two ptatforms where roses from a flower bank that was still creep over iron hoops. A little dilapidated, with its ticket office and waiting rooms nailed up, with a wide station yard in front and a green-painted Fox inn on one side, the station is surrounded by Elmswell’s industry. And what a lot there is for a village with 519 houses: Baker & Sons’ mill, Jewers & Sons, Ltd, Agricultural Merchants, the St. Edmunds Bacon Factory, the East Anglian Veterinary Supply Co, a pest control place, Cattons Motors with two gable ends and an intervening tiled roof, plus a coal tip. And all around are trees, low hills, tilled fields, and narrow lanes spinning off.

For creature comforts there is or are Goodfellow’s, the butchers, who slaughter local cattle on their premises and supply home baked hams, and Suffolk sausages; Margaret’s who styles ladies’ hair six days a week; Wright’s who deal in all things electrical; a couple of general shops and, down a charming tree-shaded cul-de-sac, a white-painted Post Office which delivers newspapers.

The Elmswell F.C. have their notices in a glass frame affixed to one of the industrial premises. The Women’s Institute, less opulently, pin their notices to a large tree near the post office. A nonconformity of lay-out, men in their working clothes, a truck loading up, children on bikes, some woman or other always going shopping, Elmswell presents a lively, animated appearance, a lived-in, worked-in look with nothing of the dead, picture-postcard aspect of so many much prettier villages.

And when you hear people and children talking, hear that soft burry accent, you know you are in rural Suffolk. When I was there the rain pelted down for close on two hours, and then pattered through the foliage for another 20 minutes afterwards. After that I thoughtlessly sloshed through a puddle which had the dimensions of a water-splash, and finished up by missing the earlier train. But all that was a part of the pattern that is robust, rural, rustic Elmswell in the parish or district of Thedwastre.