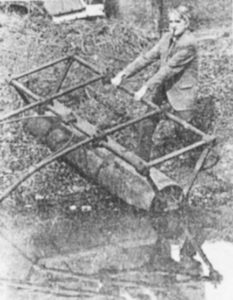 Just not cricket… vandals strike
With the new season only a few weeks away, vandals have damaged the cricket pitch at Elmswell, near Stowmarket. But it should be repaired in time for the new season, said a spokesman for Elmswell Amenities Association. Vandals also struck at other parts of the playing field and its changing rooms. The damage was criticised as “senseless” by Mr. Norman Sinclair, secretary of Elmswell Cricket Club.

He said the changing rooms had been broken into, a window smashed and football gear and a grass roller thrown into a pond. A tractor woutd be needed to get the roller out. “Ropes and posts had been removed from around the cricket pitch, whieh was extensively damaged,” said Mr. Sinclair.

The playing field belongs to Suffolk county education committee and is lent to the village.

Mr. Geoff Gower, the secretary of Elmswell Amenities Association, said the cricket pitch looked as through someone had ridden a motor-cycle over it. Cost of repairs will have to be met by the football and cricket clubs.