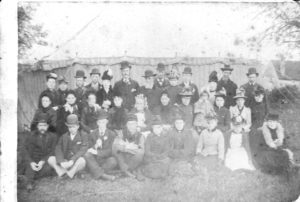 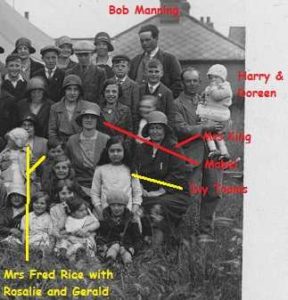 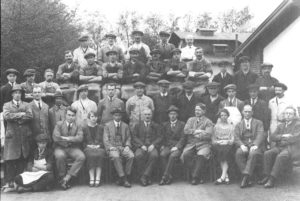 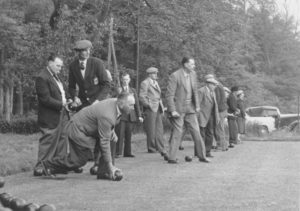 Bowling Green, c.1958
In action: Mr Perry, father of Michael Perry, Woolpit Taxis. Beyond him, facing the camera, is Eric King, and to Eric's left shoulder is Ernie Bennett (after whom Bennett Avenue is named), then Harry Abbott, who worked at the Bacon Factory, and 'Rorcher' Fuller, from Tostock.
We do not have names for the two in dark jackets to the left, nor the folk beyond Mr Fuller. Picture and names provided by Pat Burch in 2008. The Memorial Hall and Bowls Green were next to each other. Picture shows Bowls Club members ready for a match against Ipswich in 1957 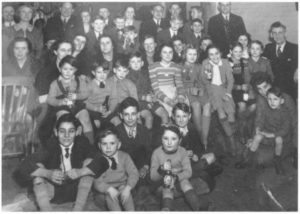 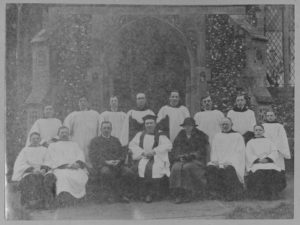 There are five sets of brothers on the photograph: Herbert and William Redit, George and Joe Russell, George and James Mulley, Septimus and Evan Rawlinson. William and Joe Bloomfield

Comments from Fred & Cicely Buckle: Walter Miller was Douggie's brother; Jim Mulley was the one with the hair lip, who 'ended up doing the funeral service'; Vic Robinson became a signalman. 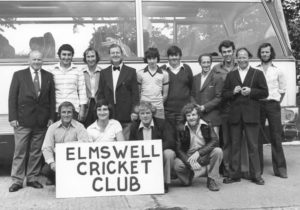 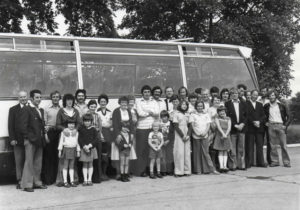