Farm at the west end of Kiln Lane, quite near the roundabout.

In 1865 a Frederick and Charlotte Fisher lived here, according to a marriage notice – see Judy Woollams‘ page.

Dick Burch: “Until they built the A14 by pass in 1966 there really was a ‘cross ways’ here, with the road from Elmswell to Woolpit passing along the western side of this farm and with Kiln Lane, continuing as Earthfield Lane, across that road in the direction of Tostock and Drinkstone.

Crossways Farm was a medium sized farm of 54 acres. Before the war Bill (William) Morley ran this with three farm workers. He was mainly a cattle dealer. By 1948 Percy Pryme was here and he farmed as well as dealing in cattle until the late 1960s. Jim Baker bought the farm in 1968. During the 1970s the farm workers Edward Simpson and his son John were in residence and then in the 1980s Kevin Collins was here. Meanwhile Jim Baker and his son Robert established this farm as the centre of their operations. Robert Baker was particularly interested in sheep rearing and he has kept flocks out on the Haughley Park runs from the mid ‘80s.” 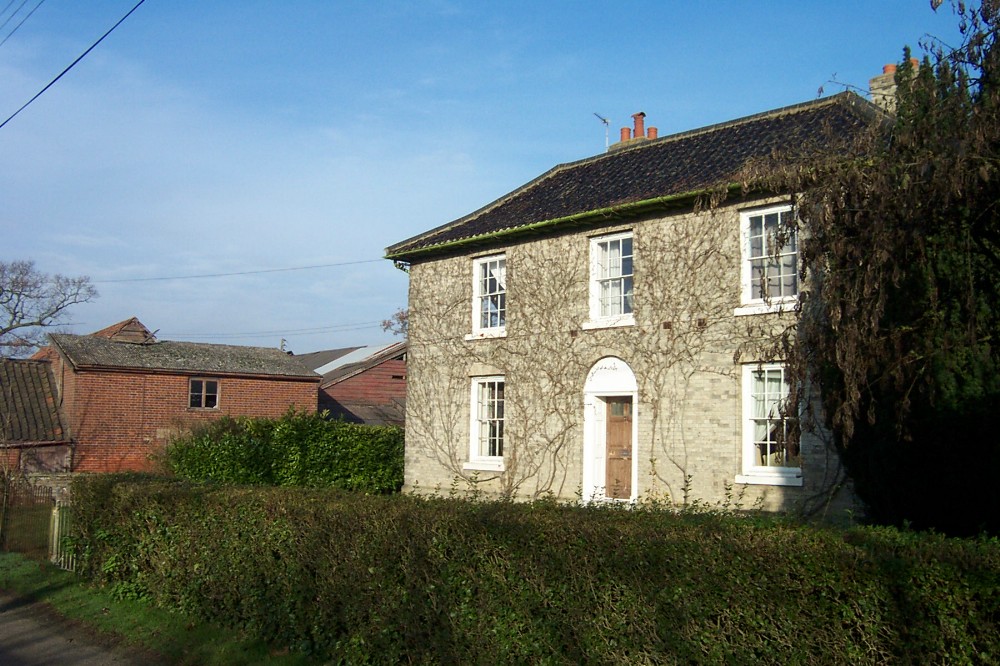