The factory has made a profit for the year ending December 31st 1964, of £41,423, after charging for depreciation and contributions to the pensions and sickness scheme.

This is the third highest profit, after payment of Levies, etc., but before taxation or dividend payments, in the history of St. Edmunds Bacon Factory and is the highest profit at this stage for almost a quarter of a century.

During the first six months of the year we made a net profit of £1,322, the balance of the profit was made entirely in the second half of the year. This is the first time that a profit has been made in the December quarter for some considerable period. The profit in the December quarter was £14,791, as against a loss of £15,613 in the corresponding quarter of last year.

Turnover increased from £1,792,513 in 1963 to £2,172,237. This was spread over most of our products but I would single out sausages, which have nearly doubled their sales over the last year, as being most noteworthy.

During the year we have completed the majority of alterations within the factory and we have also launched a new system of budgetary control which 1 am confident will increase the efficiency of the Company.

1. The new bacon chill rooms have been completely renovated and modernised, with new freezing equipment and new overhead rails. Other pictures on these pages show part of the extensive modernisation scheme and some of the new equip- ment which has been installed.
2. The newly purchased Cryovac machine for vacuum sealing bacon joints and gammons.

3. Mechanised handling has been intro- duced with the Lansing Bagnall lifting truck. Palletisation is being brought in at the same time to give more efficient handling.
4. The laboratory is being re-equipped and other hygiene improvements made within the factory to ensure that the highest standards of cleanliness are maintained.

Statement of Accounts for the year ended December 1929 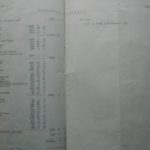 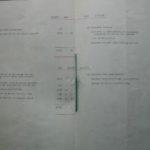 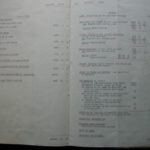 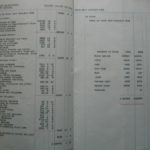