Some Intro Text to the People Section Needed Here

Some Past Elmswell Pictures 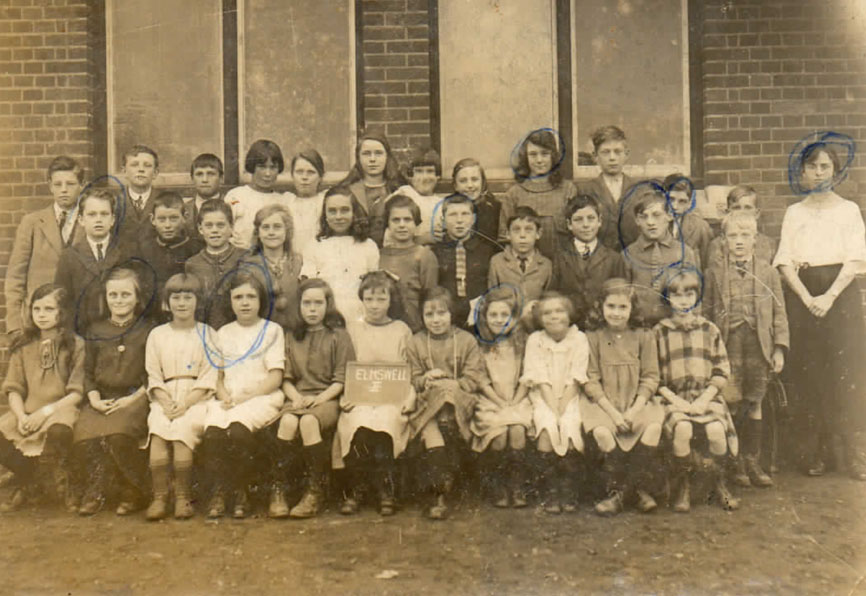 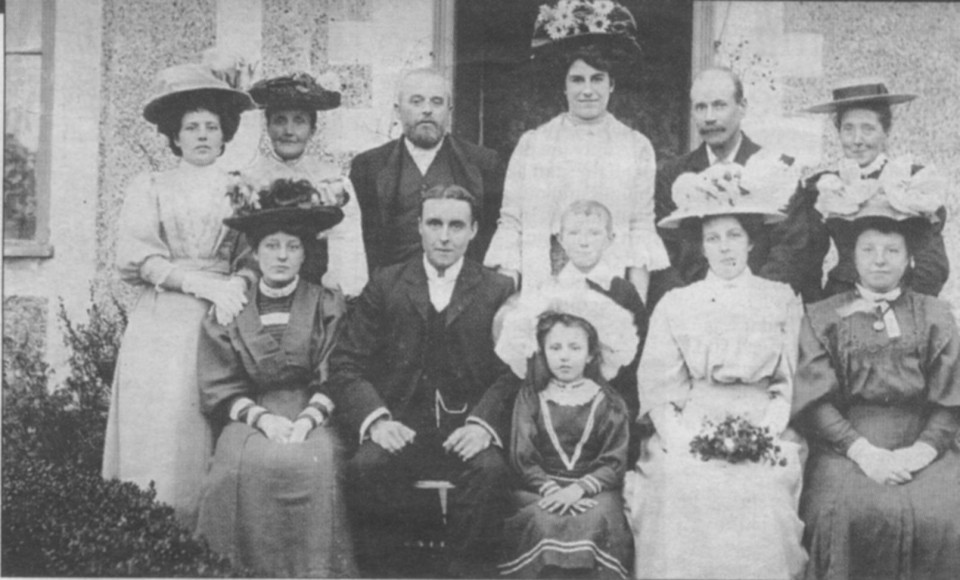 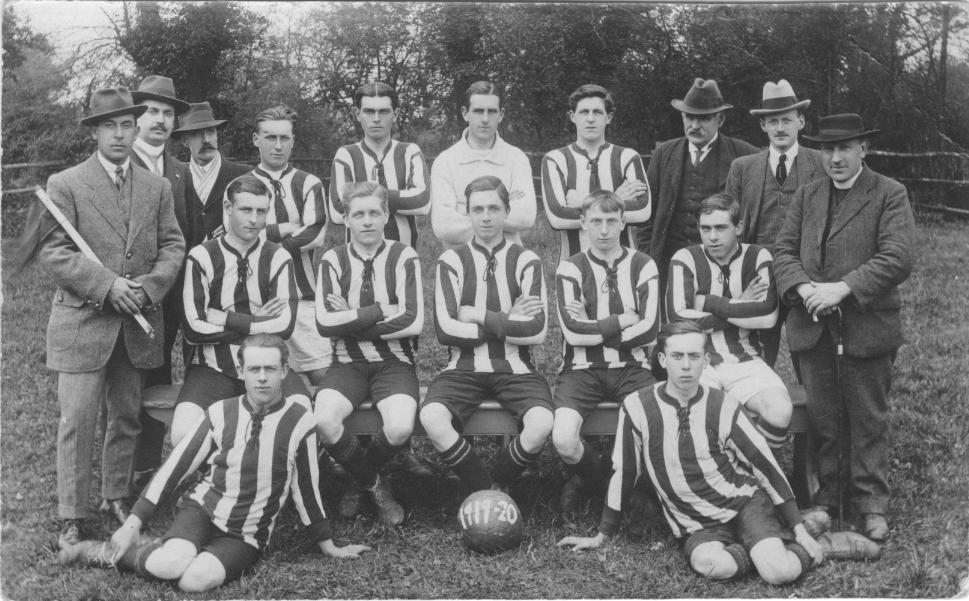 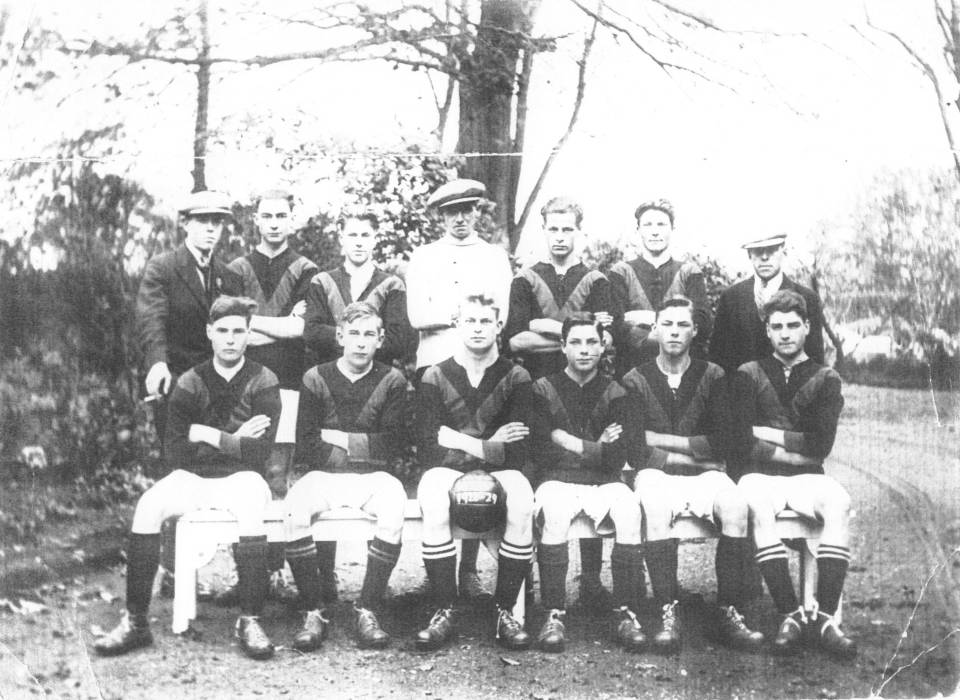 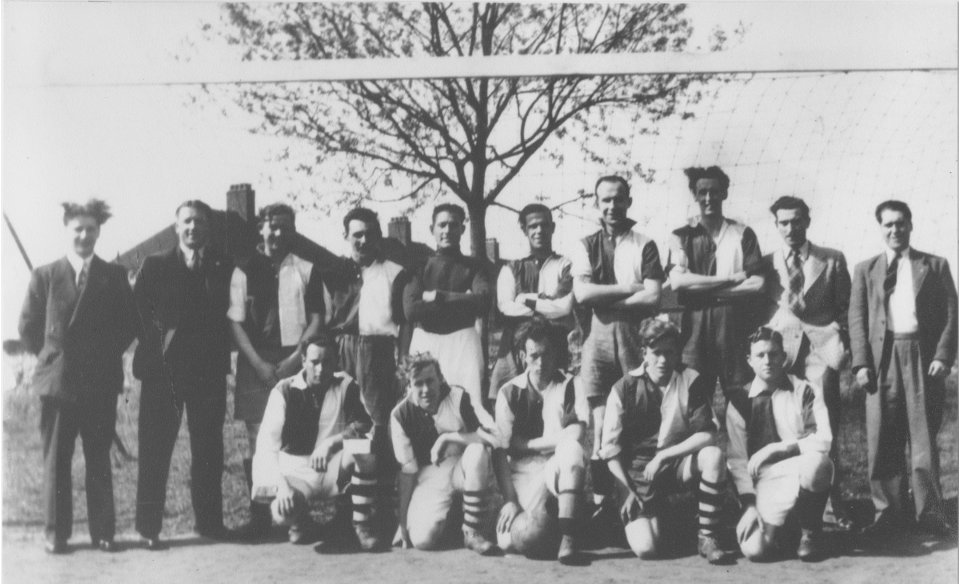 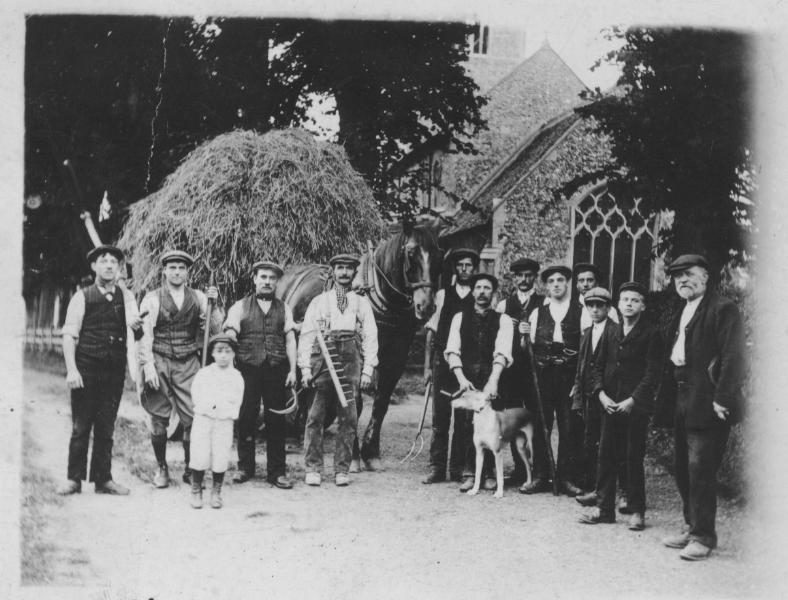 Haymaking in the churchyard, c.1910
Haymaking in the Churchyard around 1910. The horse was either Fly or Bowler and Mrs Dalton, who loaned us the photograph, lists the men from left to right as:
J. Howe, Tom Manning ,William Manning aged about 5 at the time, Jack King - Stanley's grandfather, Jack Armstrong, Joe Armstrong - known as Long Joe, Jack Fuller holding his dog, W Fenton, W Mulley who is still with us, Albert Fuller one of the two lads, Herbert Mulley with the beard and two unknowns (perhaps you can help identify them!). 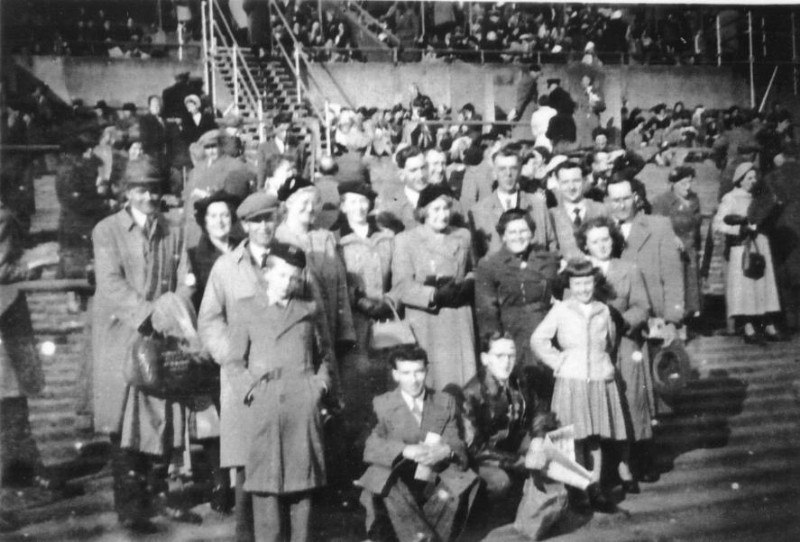 Trip to London
Trip from Elmswell Baptist Church to hear Billy Graham, not sure if it is Wembley (confirmed by the Rudlands), not sure of year. The four youngsters in front are Leonard Pearson, John Fenton and two unknown.
On the left Mr and Mrs Goldsmith, behind Leonard are Harry and Mabel Pearson, Doreen Rudland, Vi Cook, Maureen Fenton and unknown.
At the back of the group, Charlie Rudland is to Doreen's left shoulder, and then his father Bill - others not known. 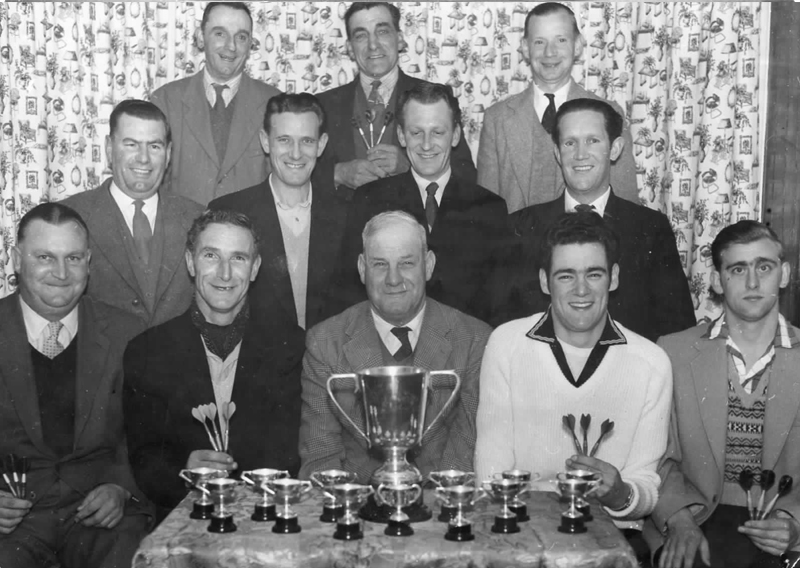 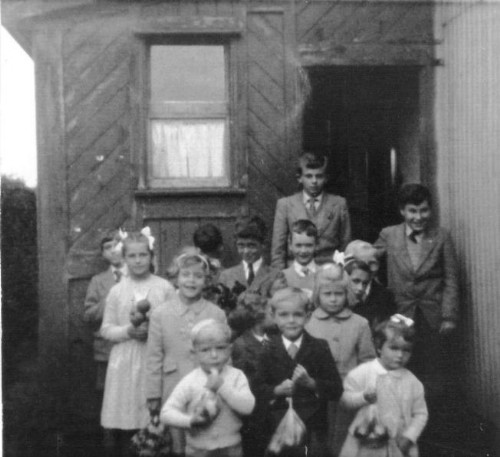 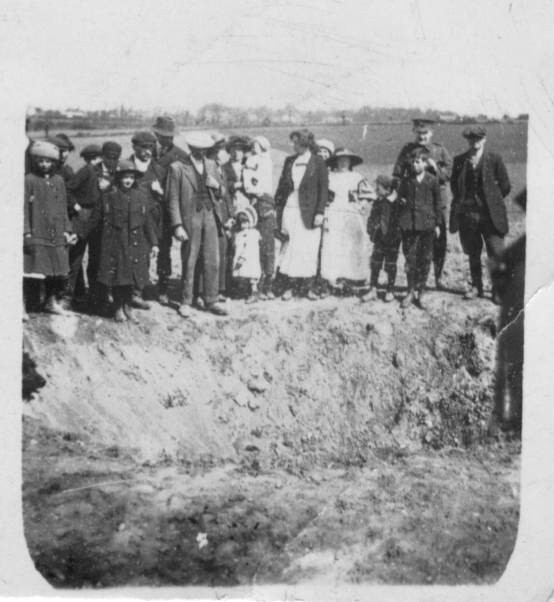 Bomb crater, 1915
During a zeppelin raid on 30th April 1915 a bomb was dropped at Woolpit Warren / Warren Lane. Thomas Manning (2nd from right, in uniform) can be seen with his son William; other folk not yet identified). Bill Farrow also witnessed this event.