Les Elmer lives in Auckland, New Zealand. His grandfather’s family lived in a house then called Sunnyside, which he says was “straight opposite the Bakers in Station Road.” (I’ve asked him to identify it on the map.) 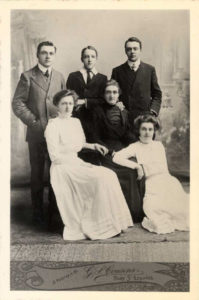 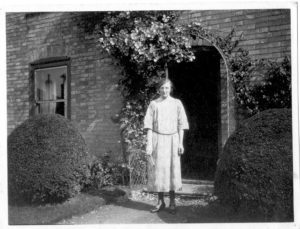 Les Elmer writes (2002): “I am compiling information towards an eventual book on the three male siblings, all of whom eventually left England, and never returned. Sydney went to Queensland, Australia. Leslie was a major in WWI, and later settled in Kenya. Bill became an Electrical Engineer, managing power stations in Shanghai, China, and after WII in Ballylumford, Nthn Ireland.
“Ethel passed away aged around 15, of complications after surgery. Dorothy and her Mother moved into Ipswich in the late 1920’s, then sold up at the outbreak of WWII and moved to Lower Slaughter in Gloucestershire. Back in Ipswich after the war they were unable to purchase back their prior home, so bought the one next door..! They then lived there until passing away barely 1 year apart, Lucy in 1950, and Dorothy in 1951.”

March 2010: Les has been in touch again and says: “…I’m happy if you wish to add my ELMER family website link to your Elmswell site… It’s at http://www.genealogy.com/genealogy/users/e/l/m/Les-A-Elmer/?Welcome=1011690830

From the Census returns it’s clear that Elmers came to Elmswell (to Sunnyside) around the mid-1870s, as Henry William Elmer was still at Gt Ashfield in the 1871, 1881, and 1891 Census returns, but his son Henry Arthur Elmer and family don’t show up in Elmswell until 1881. I think they were previously at Rookery Farm, Gt Ashfield, a lovely house which still stands near where the remains of the old WWII airfield is now.
However I don’t have proof for that except several postcards of the house, none sadly written on the back however… So, lots more to discover and I will keep digging. If you do speak to Mrs Stannard and she has the old title documents of Sunnyside I would hugely appreciate a copy. I think the house might have been built for Henry Arthur Elmer, and from Woolpit white bricks also which were sold at a considerable premium over the regular red ones. I think that reflects his well-to-do status in the community at the time, but sadly he was dead by 1896, supposedly from the miller’s curse of “flour-on-the-lung”.