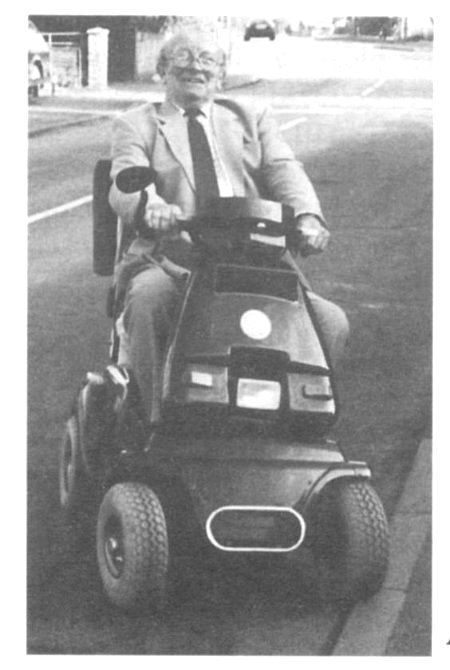 A well-known Elmswell character and businessman, ‘Ernie’, died shortly before Christmas. Born in Bury St Edmunds, Ernie moved at an early age to Chelmsford where, upon leaving school, he became an apprentice slaughter man. In 1938 he joined the army as a despatch rider and was posted to County Durham where he met his future wife, Edna. Ernie went on the D-Day Landings as a Field Butcher and ran a large cold store supplying the Rhine Army. On his return he became a milkman and moved with his wife and daughters to Earls Colne where he ran his own milk business and pig farm.

In the 1960’s he bought the butcher’s shop in Elmswell at which we remember him and his hard work so well. He loved boats and temporarily diversified to a boat-hiring business but quickly changed his mind when it seemed that his boats were prone to sinking. Ernie also enjoyed dancing and his cars, dogs and horses. He used to take his horse and trap along to the old village fetes.

Ernie was considered a real character by all who knew him and he worked and played hard all his life, not retiring until he was in his 70’s. At the height of his business career he ran eight butchers shops. He was frequently found in the pub talking and drinking with his friends. In his latter years he was often seen in a variety of vehicles battling his way to the pub whatever the weather conditions were like.

Photo right: Ernie as most recently observed… still getting about 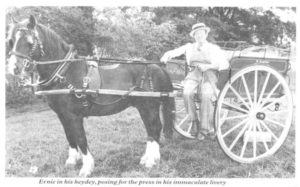 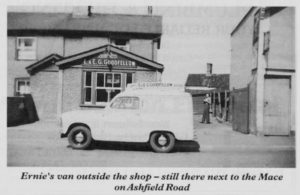